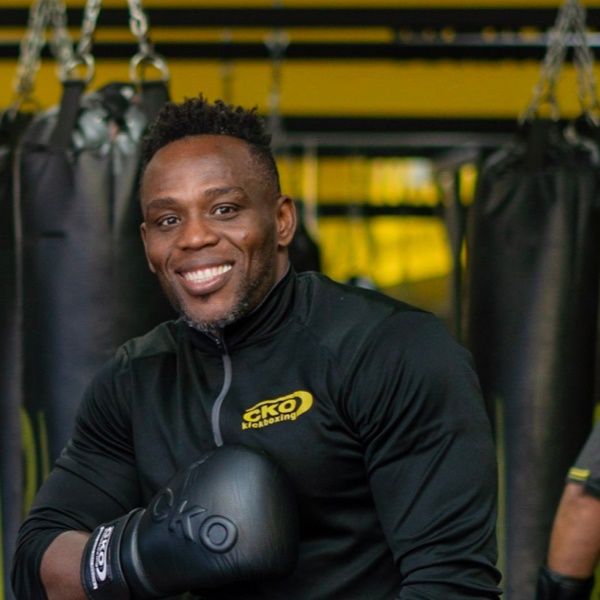 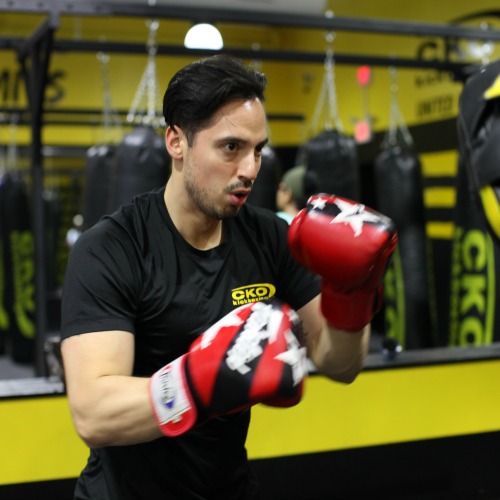 Fitness Background: I first became a member of CKO Edison in November 2015 when my wife persuaded me to take a class because I was looking for a new and challenging workout. I was hooked immediately! Prior to joining CKO, I competitively played basketball and trained in martial arts for over 10 years.

Why I CKO: After being a member of CKO for 2 years and knowing how much of a positive impact it had on me, not only physically, but also mentally and emotionally, I began to have an increasingly growing itch to become an instructor. I like to consider myself someone’s fitness therapist – I want the members to feel that they can come to my class and not only get a great workout, but be able to take 1 hour of their day to disconnect from the world and life’s everyday problems and frustrations.

Fun Facts: I have to admit…I’m a sneakerholic. I also love to travel and experience different cultures. 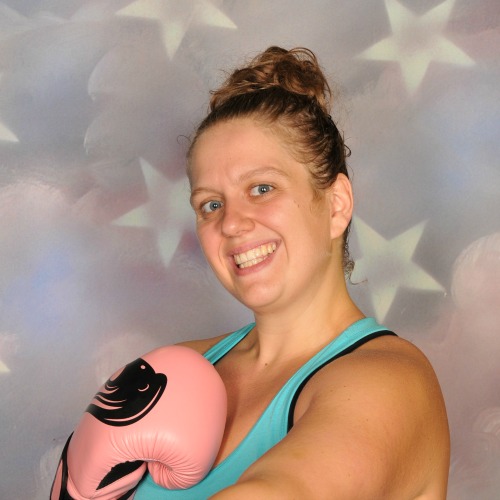 Fitness Background: I have done CKO since 2012. I started as a member and havent turned back. I used to play softball, and do track and field.

Why I CKO: CKO is my happy place. Every workout is different from the last. Each instructor has their own style from music, to warm-ups, to how they count down an attack round. Each workout is intense and fun, and you definitely get the most out of the hour you spend here. The workout is as challenging as you want it to be, and its so great to feed off the energy of the people around you. I have been to plenty of other gyms and will forever come to CKO as no other place can compare!

Fun Fact(s): I have 2 kids, 2 dogs and a husband. I speak fluent Italian, and have been to Italy 7 times. When I was younger my claim to fame was being an extra in the movie K-Pax. 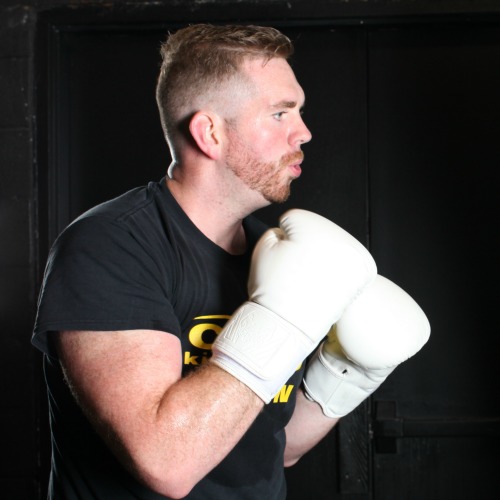 Why I CKO: Because physical violence is frowned upon. But honestly there’s nothing quite like a room full of people all busting their you-know-what’s for some extra motivation.

Fun Fact(s): I am an attorney with the firm Rebenack, Aronow, Mascolo in New Brunswick and Somerville, NJ specializing in Plaintiff’s personal injury litigation. Oh that wasn’t fun? I also got lost in Disney World when I was six…that wasn’t fun for me, though. 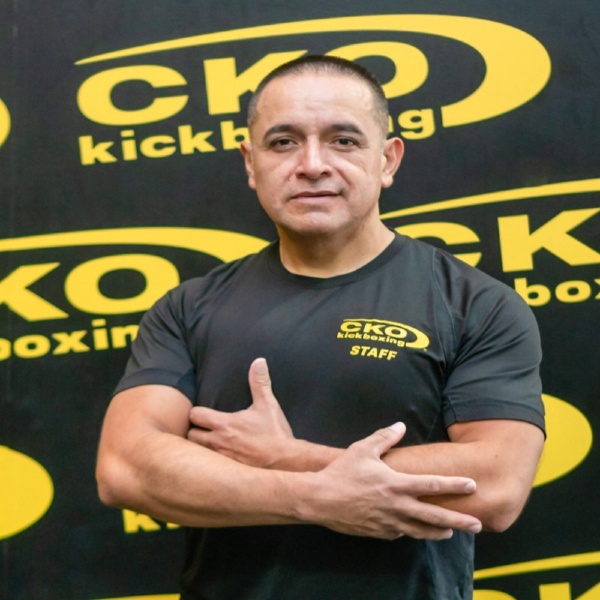 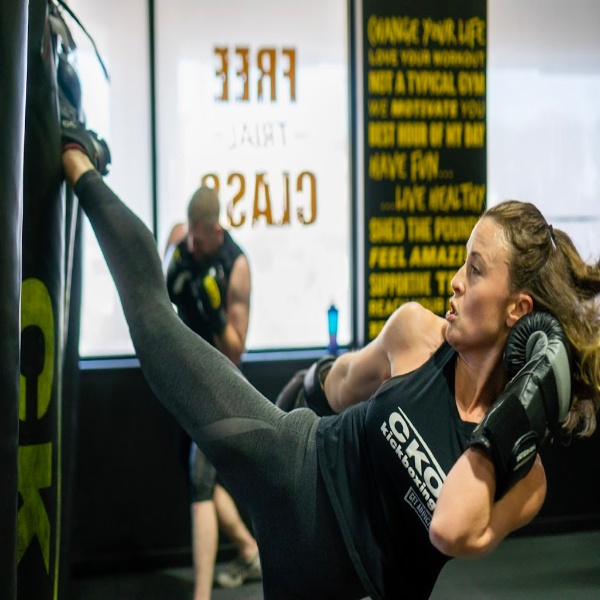 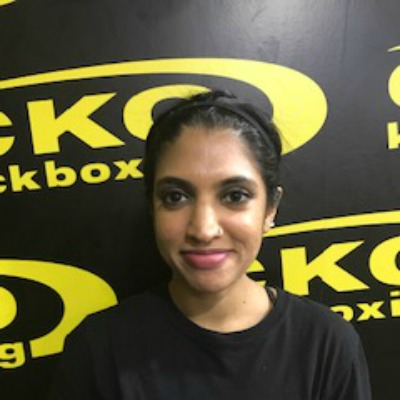 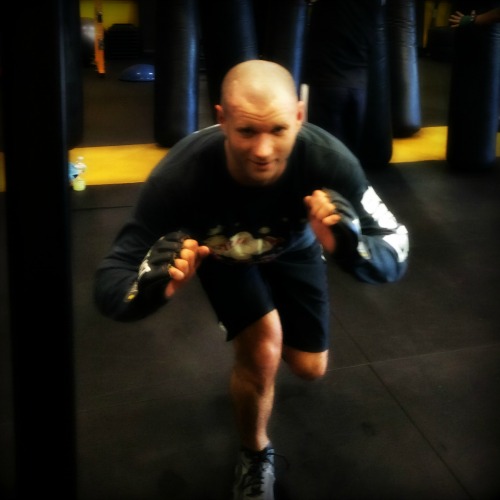 Fitness Background: I have been a CKO Instructor for 4 years now (wow…) I played basketball and football in high school. Competed in amateur muay thai kickboxing. Have a personal training cert from asma (think thats the company) also have a heartsaver cpr certification. Have worked and trained with many amateur and professional boxers, kickboxers, and mixed martial artists. Currently a Compliance Inspector for New Jersey State Athletic Control Board in amateur and professional kickboxing and mixed martial arts.

Why I CKO: What I love about teaching at CKO most is the members who come to class. I continue to be motivated by the energy that our members bring into the gym. I am always happy to show proper technique and form and pass on the knowledge I have attained over the years to others who seek it.

I say something about form and technique every class.

Fun Fact(s): An interesting hobby is scuba diving. I have an advanced open water certificate with over 40 dives. And specialty certificates in night diving, shark diving, and fish identification. tioning, as well as fighting technique drills, to his classes.

At CKO Kickboxing Edison, get ready to burn fat, reduce stress and tone up by punching and kicking real heavy bags. Fitness Kickboxing is the number one fat-burning, cardio exercise, where you can burn more calories in a one hour class than any other workout. Our fun and engaging group fitness classes keep the punches and kicks basic to focus on the fitness aspect of your workout. Since our kickboxing classes are for both beginner and advanced levels, each member can work out at their own pace.
At CKO Kickboxing, REAL PEOPLE use REAL HEAVY BAGS to get REAL RESULTS. CKO Kickboxing was originally formed in Hoboken, NJ as “Take It To The Max” in November, 1997 by Joseph Andreula. Joseph designed and created the intense workout, which was the first of its kind. CKO became so popular in Hoboken, that by 2004, nine additional locations opened throughout NJ and NY. In the summer of 2005, CKO opened the doors to its second Hoboken location and today has 22 locations with 2 more opening shortly. CKO has a massive army of devoted followers and has been recognized in countless national fitness magazines and television programs such as NBC’s The Today Show.
CKO Kickboxing Edison was opened in December 2012 by Charles Osinowo, Mike Nap, and Roy LaBue. Charles, Mike, and Roy also own the Woodbridge and Clark locations of CKO Kickboxing. Become a part of the fitness revolution that is CKO KICKBOXING.

What can I expect in my FREE CKO Kickboxing Trial Class?

Our Trial Class is available for first time guests only. If you would like to take advantage of this one time offer, you may sign up directly through each club's schedule. Plan on arriving 15-20 minutes before your scheduled class time. Once registered, you will be provided with an orientation of the punches and kicks you will be using throughout the class. Our classes are geared so you can “go at your own pace” so there is no need to be intimidated. You’ll love the CKO experience!

How long does a CKO Kickboxing class last?

Each class is 1-hour in length and offers a total body workout. You will sweat, de-stress and enjoy exercising more than ever.

What equipment do I need?

Since you will be punching a heavy bag, you will need to protect your hands with boxing/MMA gloves. Feel free to bring your own or we have a variety of gloves available for purchase at the gym. Wear loose fitting, comfortable gym clothes. We guarantee you’re going to sweat. Therefore, shorts will probably be a good option. You will not be permitted to participate in a class unless you are wearing sneakers/tennis shoes. Please bring a towel and you will definitely need water or some type of sports drink. These are also available for purchase at the gym.

Do I have to wait for a specific start date?

Once you become a member, you can begin taking classes immediately.

Do I have to have previous kickboxing experience?

The majority of our members have never taken a kickboxing class prior to coming to CKO. However, they get addicted to the workout quickly.

Are there advanced classes and beginner classes?

Since everyone has their own heavy bag to workout on and goes at their own pace, our classes are geared for all fitness levels. Our certified instructors are trained to motivate and push each member to their desired results.

Are there age restrictions?

If a young adult under the age of 18 is interested, a parent/guardian must sign for him or her to take a class. Please inquire within to see if we are currently offering programs for children.

Are the classes co-ed?

We have both male and female members and the classes are mixed.

Am I restricted to a certain number of classes per week?

Your membership entitles you to unlimited classes. You can workout every day if you like.

What are the membership rates?

We have many different programs available. Once you have completed your trial class, one of our representatives will go over different pricing options.

If I sign up at one location, can I use all locations?

All of our locations are individually owned and operated. Depending on the market, it can range anywhere from $5 - $20 to take a class in another gym.

How often does a new 10 week program begin?

We offer our 10 Week Challenge Program at different times of the year. Once signed up as a prospect in our system, you will be notified whenever the program is offered.

Take Back Your Body Available for 1st time visitors!
3 Classes & Gloves for $49.99
Just a quick heads up: We use cookies on our site to enhance your experience.
Okay Learn More