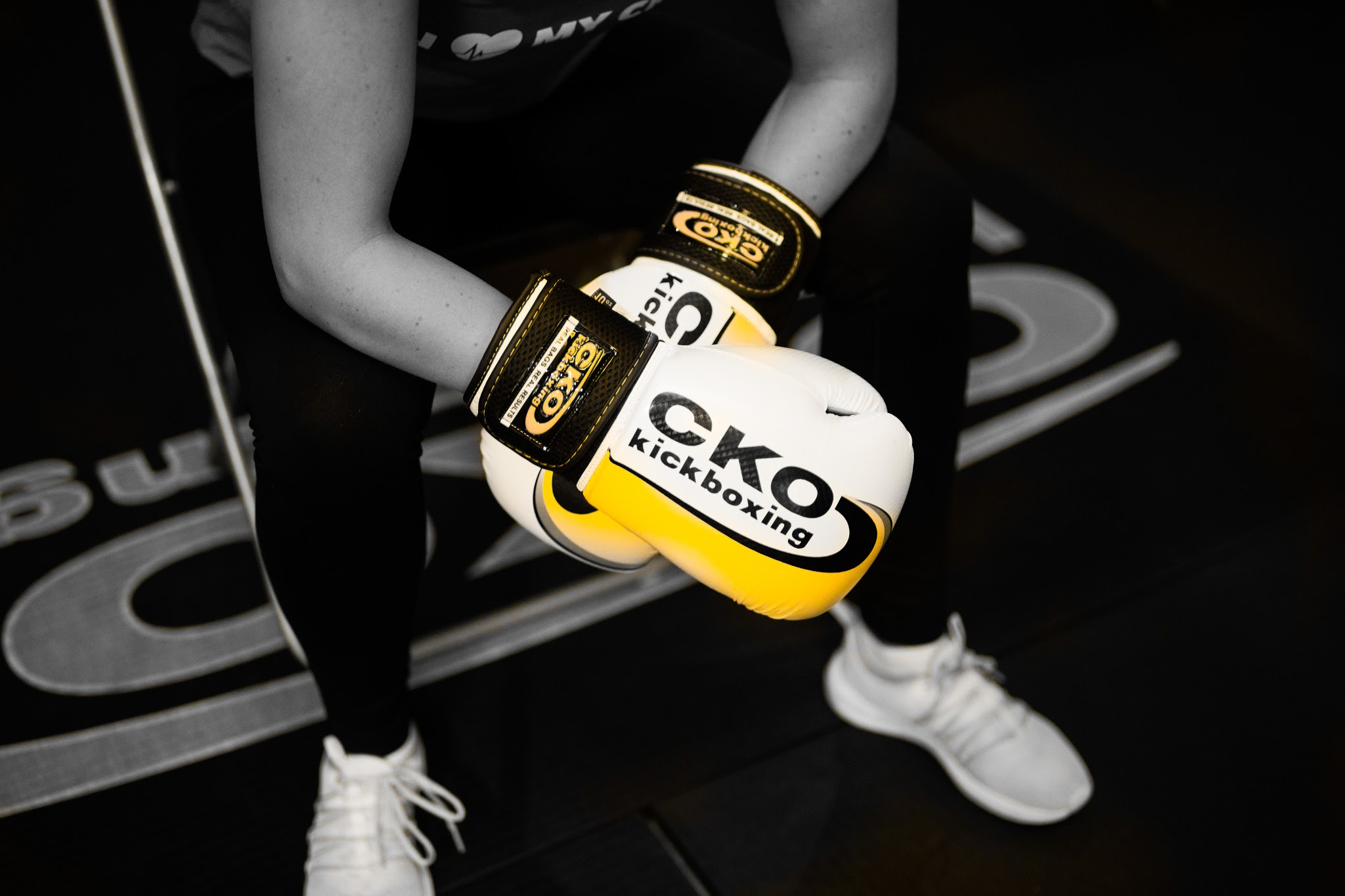 It’s interesting how you can look at something from one point of view for so long and then, out of nowhere, you see it with a completely new set of eyes.

That’s what happened to me. What CKO was, what it represented for me, completely shifted two and a half years ago.

My husband was a CKO member at its original location in Hoboken, NJ, back in 2011. We moved to the suburbs, as so many recently married twenty-somethings do. That summer, as luck would have it, he won the big prize at a town festival; a one year membership to the local CKO in Fanwood, NJ.

He had been urging me to take a class, raving about he workout. Knowing me, he thought I would absolutely love it.

I had been working out in a gym since my first job in high school at a local fitness center. I have predominantly been a runner for the past 15 years. My dad was a runner in his younger years and as a toddler, my mom would take me to his races. So I followed in his footsteps, I guess. With running I didn’t just get a workout, I got a sense of empowerment. That was the key ingredient for me – empowerment. The mental and the physical.

After two knee surgeries (the downside of a workout regimen solely comprised of running) and the birth of my daughter, I sought a complementary workout. A workout that included that key ingredient as well as strength training, flexibility and balance, elements that strictly running didn’t provide.

I still remember my first class as does everyone. And so, from the summer of 2015 on, CKO became my addiction. With each class there was guaranteed progress. The physical changes my body experienced, the increase in my endurance and the strength and definition of my muscles was incredible. I mean, I could knock out 6 pull ups. I had never before had that kind of upper body strength.

I felt so capable, so…empowered. Aha! There it was. That’s what I was looking for. I had found it.

So I went to CKO religiously, incorporating it into my weekly schedule a couple of times a week. It became a part of me. There was comfort in being uncomfortable because I knew I could keep fighting, keep progressing, keep hitting harder and from it, reap more and more benefits.

And then, my world stopped.

On September 25, 2016 I received a call from an unknown number. I was about to get out of the car to go apple picking with my husband, two year old daughter and four month old son but something told me to answer the phone.

The trauma center said they had my dad. They asked if he was a bicycle rider, to which I said, yes, an avid one. Your father has been in a bicycle accident, they said. And all they could tell me was that he was alive and breathing. This phone call shut down the world I knew and unveiled a completely new and unfamiliar one in an instant.

He was paralyzed from the chest down when someone found him. After 10 days, two ICU units, one helicopter ambulance, many medical setbacks, mounds of prayers and a sea of tears, we lost my dad.

I was heartbroken. I still am.

I lost my dear Daddyboy, as I call him. The babysitter to my young children. The first man in my life and the kindest, gentlest, wisest human being anyone could ever know.

A softie like me, I lost my match, my cushion, my safety, my comfort. The person who got me. The man who would never miss a chance to wrap his long huggable arms around me, embracing me in all the love a father has for his daughter.

I was lost for there was no reason, no explanation.

Twice a week my kids and I drove to my mother’s house to help her. My life and work schedule was all over the place. I didn’t eat. I didn’t sleep. I lost 9 pounds in a week. My poor 4 month old was sleepless as well, colicky and hardly nursed, probably due to my state. My two year old asked questions about her “Pops” and God and the heavens and the stars. My hair started falling out in clumps. I couldn’t think. I couldn’t stop thinking. I was a zombie.

I knew that for my own sanity, I needed to stay busy and active and do something for me. So I went to what I knew. And I knew CKO.

Physically and mentally weak I struggled through my first class back. I didn’t feel the empowerment and physical benefits I was so used to craving, but I continued nonetheless. I was too exhausted to care.

Thankfully, the CKO workout, in all its uniqueness, requires concentration. I had to stay engaged, paying attention to every request my instructor made.

For one hour I was able to forget about the pain and sorrow and questions racing through my mind. I could take a break from that new world of mine. And then, during the attack rounds I felt it.

I felt the sadness and the hurt and I just let it out. I jabbed, hooked and backhanded that bag harder than I ever had. Harder and stronger than I had when I was in my peak performance shape.

And I cried. The tears rolled down my cheeks as my arms and legs struck and as “Fight Song” and “Don’t Stop Believin’” moved through the speakers and through me.

I didn’t recognize my unforgettable CKO that day. It was altered, for I wasn’t focused on the height of my roundhouse or the number of burpees I could muster. I was focused on simply being there, being present and letting go when I needed to. And it felt right. It felt good.

CKO gave me something that day that I didn’t even know they provided. They gave me an outlet and they gave me hope.

Much like the workout, life throws us challenges. And through they may bend us, we do not break. When things change in life, and they will for all of us, you lose a sense of comfort. My dad was my comfort. But CKO became a comfort for me; its own arms open wide, embracing me, letting me in.

I didn’t know what I needed that first day back, but, whatever it was, I got it.